United Eye Care Providers, LLC (UECP) a privately held organization of 150+ partners (all optometrists) was established in 1995 by optometry for optometry.

UECP is still one of the largest networks of subspecialty providers in the country.

UECP was awarded the first medical contract for optometry. UECP is one of the founding members of a national network

of what is known today as the National Coalition of Eye Care IPAs with 6000+ member optometrists in more than 30 states.

A subgroup of UECP members created a fledgling "true comanagement model for LASIK," where optometry has primary responsibility of their patient's care.

UECP offers access, affordability and choice to its members for group health insurance.

UECP is the "Light" of eye care! 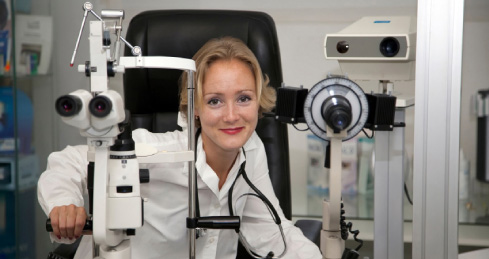 UECP is the acronym for United Eye Care Providers, LLC.

UECP's purchasing power is derived from all of the private practice optometrists together as a network, where each member receives the maximum discounts from a preferred group of the best labs, frame and other ophthalmic vendors. UECP does not charge its members a fee that is based on the amount of volume they purchase nor does it take a percentage of gross receipts from its members.

UECP was designed to provide

opportunities for its members in the marketplace, while providing the highest level of patient care and still maintaining individual practice autonomy. Today, some fifteen years later, UECP is still a 100% owned and operated network of private practice optometrists.

UECP is a self sustaining organization that is supported and funded only by its member doctors. UECP requires only that its members utilize a minimum of one preferred lab and a choice of one or more of its preferred vendors.

Should a member decide not to utilize UECP's preferred vendors, then there is a flat monthly charge per practice to participate as a member of UECP. UECP is a great opportunity for any practice

wanting to grow and prosper by utilizing all that UECP has to offer. Please call (888) 660-2020 for more information.

WHO OWNS AND OPERATES UECP?

UECP is owned by a network of private practice optometrists under the structure of a limited liability company. There are two types of members: owner members and panel members.

UECP is overseen by an eight member board. UECP contracts both its management and billing services to individuals with both the expertise and experience in the eye care industry.